We're eight chapters in and haven't even touched upon a simple and useful piece of functionality that DragonRuby GTK gives us: drawing rectangles! Rectangles are great for backgrounds, text boxes, and more. Layer some sprites on top, and you can get pretty fancy.

Up until now, our dragon has been flying around in a gray sky. Let's make the sky blue by drawing a rectangle behind our sprites and text.

At the top of #tick, below where we start the music, create a solid rectangle that's the size of the screen and place it at 0, 0:

We're familiar with a lot of the shape hash keys for position and size, but r, g, and b are new. They specify the (r)ed, (g)reen, and (b)lue color values for the rectangle we're drawing. Their values can be set to anything between 0 and 255, inclusive. Adjust the values to see a different color displayed. The higher the value for a given color, the more it'll be part of the mix. So our color has a blue of 230, meaning blue comes through more than the others. You can also specify a, the alpha value, between 0 and 255, inclusive, to get transparency in our color.

Now we've got our dragon flying over a blue sky. That looks quite a bit better. 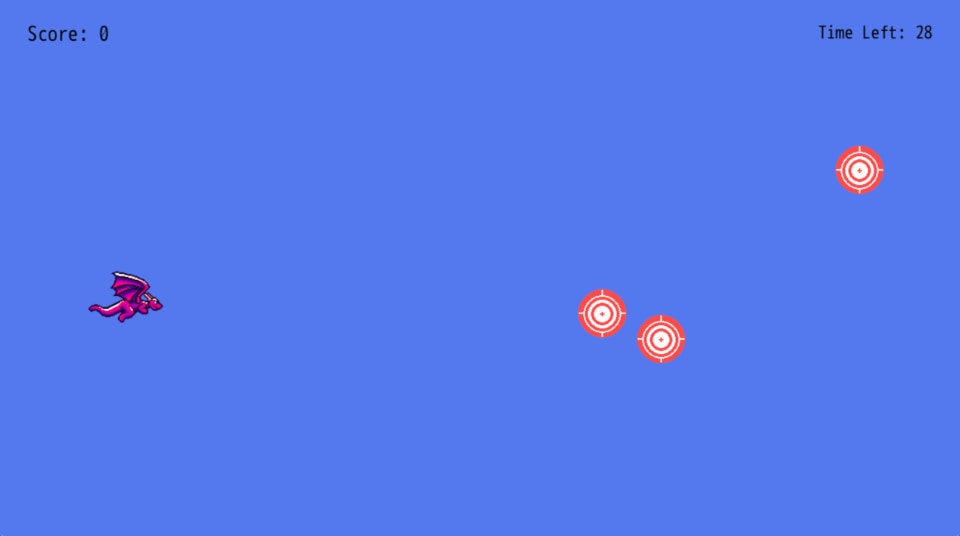 We've got one more major piece of polish to implement—animation! Let's make our dragon flap their wings because they're flying in the sky.